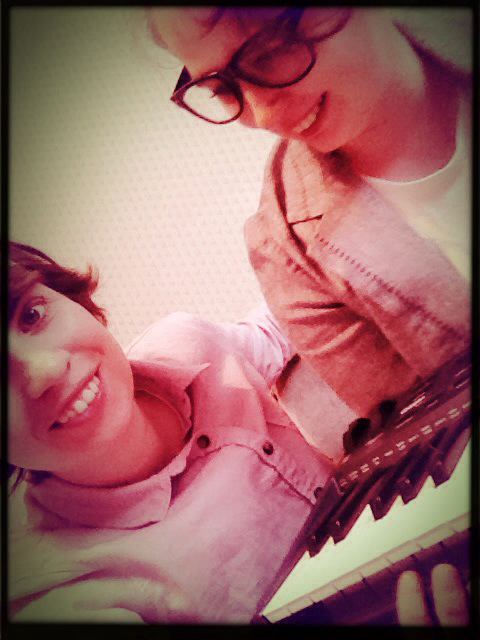 We recently did a quick interview for music blog 50Thirdand3rd. 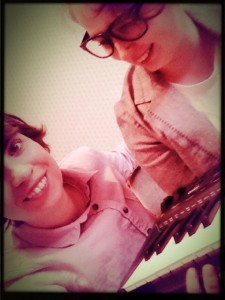 Five questions, five minutes! Inside the heads of Gail and Ashley:

Ashley:
Erm, I was influenced by country music and liked Alabama, the band. It’s funny because my musical tastes have changed so much since then. But people say they can still hear the influence in my guitar playing. I also liked Bruce Springsteen, old classic rock like Led Zeppelin, but my favourite was The Beatles. I would never have played the guitar without hearing The Beatles.

Gail:
I’m gonna sound like a professional Scouser, but like Ashley, it was The Beatles.  My Dad had an old LP soundtrack of the Sgt.Pepper film (which everyone’s probably forgotten about). It wasn’t actually the Beatles singing or playing on the record. It has artists like Peter Frampton and The Bee Gees. So for the longest time, I thought The Beatles sounded like the Bee Gees (laughs). But anyway, it was enough to hear those melodies and know what I liked.

I also liked Abba, and my Dad listened to a lot of show musicals. I know, very camp household! I loved those, and classical music like Tchaikovsky. Anything very melodic. It’s all about the tune.

What bands are you into now?

Gail:
Not really into a lot of bands now. I get disappointed when I hear an album, and there’s only a couple of songs I like. I think with iTunes and Spotify it makes people a lot more ADD about their listening. I just pick and choose certain songs, but find it hard to get into whole albums now.

From the newer stuff out there I like Chvrches, Lorde, and La Roux. I like anything a bit indie/electronic sounding. I dunno why there has to be a battle against what’s better – guitars vs. synths, it can all co-exist ya know.

Ashley:
I’m mostly into indie bands because I find the lyrics intriguing and the melody catches my attention. Bands like Arctic Monkeys, Arcade Fire, The Decemberists, The Strokes, The Kooks, Suede, Pulp, The Jam. Some pop like Lady Gaga and also listen to hip-hop like T-Pain. (laughs).

What’s the best part of being in a band?

Ashley:
The notoriety. (laughs). The best part of being in a band is creating music with someone with similar music tastes. Being creative with someone who gives me lyrics to inspire me to write a catchy melody. The absolute best thing is being able to share music with other people.

Gail:
Haha, the fame drugs and money. I joke. Aw, I like Ashley’s answer, I feel like a douche now, as I didn’t think of band members, haha. But yes, being able to write with someone who is attuned to what you do is very important. I never shared any of my lyrics before meeting Ash.

I like the fact that that you can have a influence on culture and ideas (however small) just through a song. I like it when people write little comments about the songs, like even if it’s just cheered them up, or if they can identify with anything.

Ashley:
Ohh. This is tough. I don’t really watch a lot of TV. But I enjoy reality programmes for the LOLs and I love British comedies.

Gail:
Hmm. Kinda bi-polar in my TV viewing habits. Either daft comedies or really depressing documentaries, nothing in between. I like Miranda, Peep Show and just to be cliche ‘Orange is the New Black’. When I don’t forget to renew by Netflix subscription.

Gail:
Erm. I like writing, illustration, photography and design. So I suppose those.

Ashley:
Ok, some will have to remain hidden – wink, wink. (laughs).
Oh god. People would probably be surprised to know I love to rap.

Error: Unsupported get request. Object with ID 'gemstoneheist' does not exist, cannot be loaded due to missing permissions, or does not support this operation. Please read the Graph API documentation at https://developers.facebook.com/docs/graph-api
Type: GraphMethodException
Code: 100
Subcode: 33
Please refer to our Error Message Reference.